You can quote me!

"The President's speech was great, but until those words turn into actions - that is all it was... Just a speech. I was part of the 1993 march in DC. Sixteen years have passed, and yet nothing has changed."
-- Gary Wright II

Here is a photo of me on the steps of the Supreme Court in 1993: 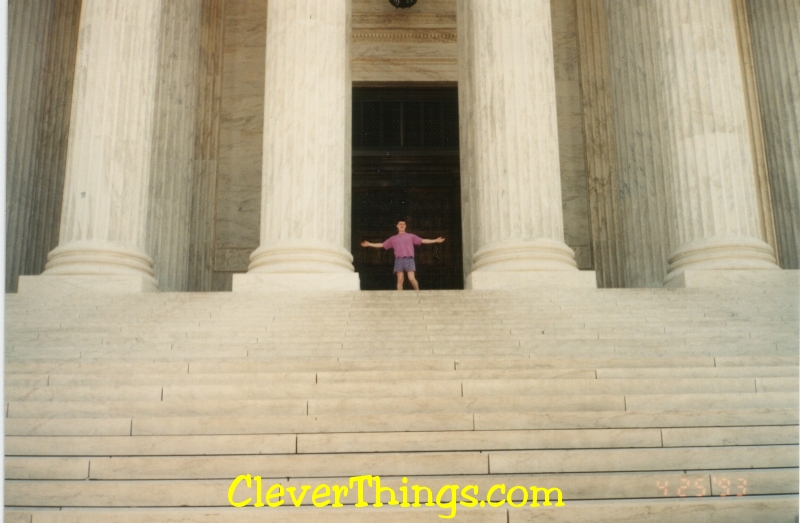 [Gary Wright II knocking on the door of the Supreme Court of the United States to ask for equal rights for gays and lesbians. No one answered]