When I joined the Navy on October 1st, 1991, I took an oath to uphold and defend our Constitution against all enemies, both foreign and domestic. I took that oath very seriously, but I never imagined the journey that would lay before me. Defending against foreign enemies is a no-brainer, but I was surprised to find that the biggest threat to our freedom came from domestic enemies living within our own borders.

When a shipmate and I accidentally attended the March on Washington, our faces showed up on CNN Headline News around the world every 30 minutes. There we were - two military guys at the largest gay rights march in history. That wasn't the "15 minutes of fame" that I hoped for, but it was at that moment that I became a human rights activist. After almost two decades of activism, I now consider my mission accomplished.

The legislation to repeal Don't Ask, Don't Tell was approved by the Senate Armed Services Committee, and just passed in the House of Representatives. The Senate should pass their version of the bill very soon. Although the repeal isn't in place yet, it is now in the hands of our Congress. There is nothing else that I can do to change this policy of discrimination. Today being Memorial Day, I can't think of a better time to retire from activism.

Although we usually think of dead soldiers on Memorial Day, I think it is also important to remember the sacrifices made by our veterans before they are dead. With modern warfare tactics and our medical technologies, many soldiers are not dying on the battlefield. They, however, are missing limbs, have extensive head injuries, and suffer from many other horrible traumas and disabilities. Though still alive, they have truly given up their lives in their service to our country. Let's not wait until they are dead to thank them.

So what will I do now? My first priority is to focus on my physical therapy so that I can walk again. My company is launching NightlifeInAtlanta.com. I plan to publish my studies of Egyptology. I hope to release a Struggler album.

I want to thank you for all of your support over the years. It has been one hell of a ride, and I couldn't have accomplished anything without your help and your inspiration. We have proven that if you have a dream, through persistence, one person really can change the world. You have stood by my side and all of my dreams have come true (except for one - and I'm still working on that one!).

It is with much love that I say, "Thank you!" 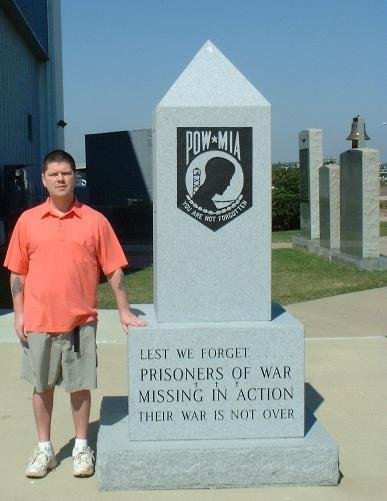